The 2nd Health Qigong Seminar for European Instructors was held in Porto, Portugal  22-27.10.2013. There were participitants from France, Germany, England, Portugal, Spain, Russia, Estonia, Finland, Norway, Island totalling 50 people. The teachers of the seminar were from Beijing, China. They were most top level instructors, most of them were the leading members of the compiling group of each routine. The teachers were, professor Yang Bailong form Beijing sport university, professor Wang Yulin from Tsinghua university, Beijing and professor Hu Xiaofei from Beijing sports university. In addition there were Mr. Wang Lan, Secretary General of the International Health Qigong Association and Ms. Gao from the same organisation. I also would like to mention Ms. Hu Xin, who was taking care for the everything else!

From Finnish Wushu Federation Health Qigong Branch there were Shifu Zhang Fang, the Chairman of the Fiwuf,  me, Aki Korhonen, Oulu, and Heikki Pesu, Helsinki.

The week was full of exchanceing and learning. The routines that were teached there were: 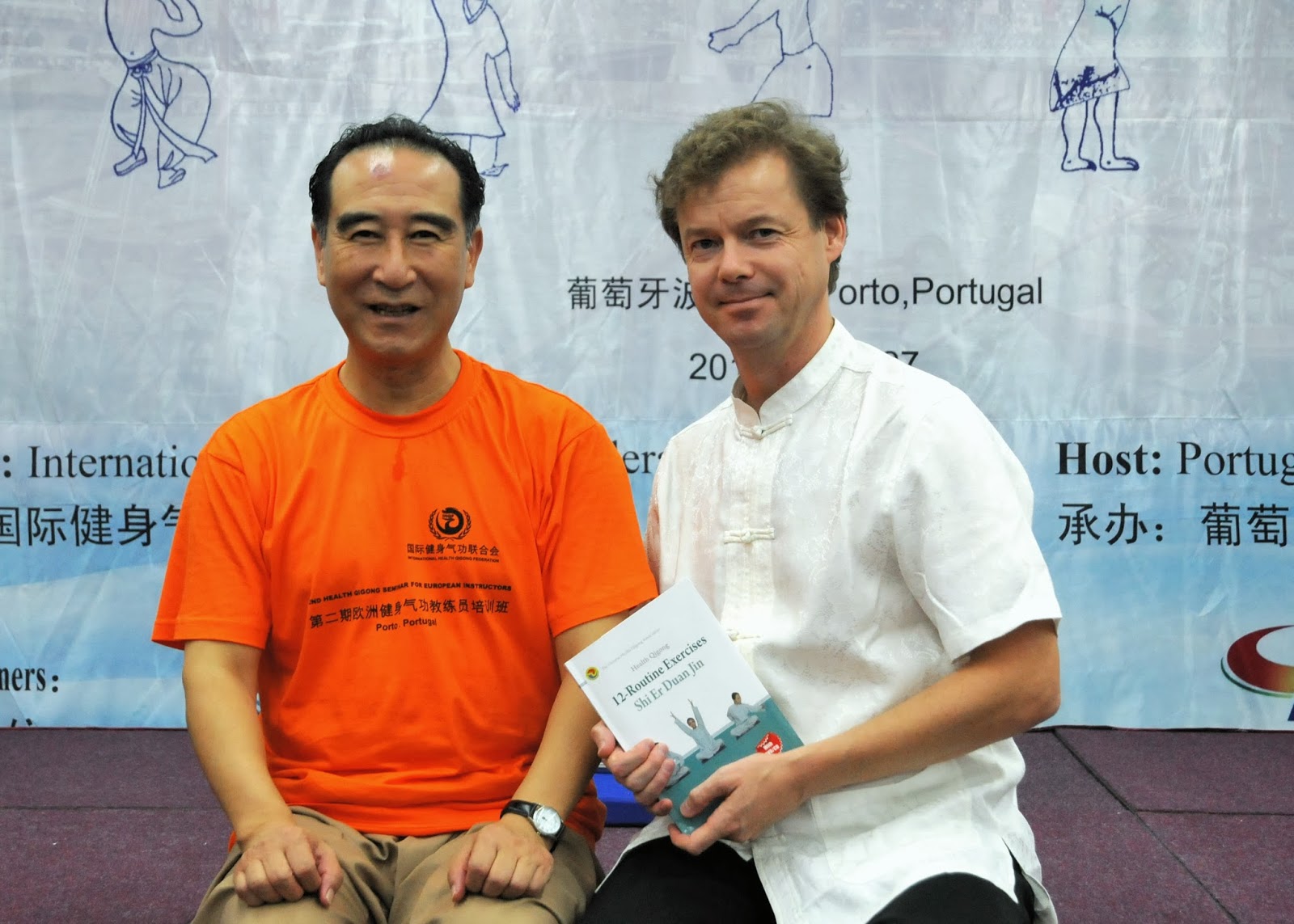 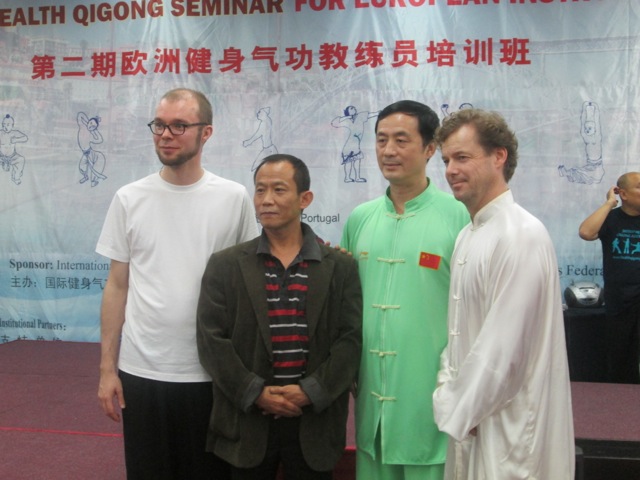 And by the way, me and Heikki got that 2nd duan!